When thinking of electronic literature, literature being the keyword, how much of a story should one expect? By any stretch of the imagination, hopefully a lot. But when you delve into some of the more specific sublets of the genre, particularly video games, the lines can become blurred. Such that it begs the questions of the necessity of narratives and/or how video games should approach them. Some game developers find themselves turning to some tropes more than others and this creates a feeling of overused or “lazy” storytelling. How should a story be told through an electronic medium like video games? And which tropes are perhaps a bit overused?

Patrick Lindsey over at Paste Magazine has his own opinions on the matter. In an article Lindsey has written, here, he begins by slamming down on the use of audiologs. Audiologs, Lindsey argues, seem lazy because of how unlikely they are for the scenarios in which they’re place. He writes that “they’re often situated within games that strive for realism, or at least narrative believability. But when was the last time you sat down—especially in a crisis situation such as the violent revolt tearing down an underwater utopia—and took time to a) record a statement clearly outlining the history of events leading up to your current situation, and b) carefully hide said recording in a toilet, trash can, wall safe or other stealthy cache just waiting for a nameless wanderer to stumble upon?”

An audiolog as they appear in Bioshock.

As an aside, it seems fair to point out that the Bioshock franchise has always been odd about that sort of thing. It seems part of its own novelty that much of the world’s lore is learned through these audiologs. But does that make it okay? Lindsey doesn’t think so. It seems like something that has its place in the world of storytelling but in all fairness, things that are commonly used are “tropes” for a reason. A problem related to this is the inherent belief that tropes must always be negative while this isn’t necessarily the case. However, I will agree that the use of audiologs is an example of narrative that seems well-meaning but suffers from poor execution.

But what else can be considered problems in narrative delivery? Lindsey lists unreliable narrators, silent protagonists, piecemeal narrative, and cutscenes. Following personal experience, of these, the most glaring would appear to be the trope of silent narrators and cutscenes. Some games are sparse in their use of cinematic movement to further plot while others find themselves squarely in the other court. One hefty example of a game series that flipflops on its own merit there is the Final Fantasy franchise. Many of them would serve as sufficient examples but I’d like to point fingers at Final Fantasy Type-0. 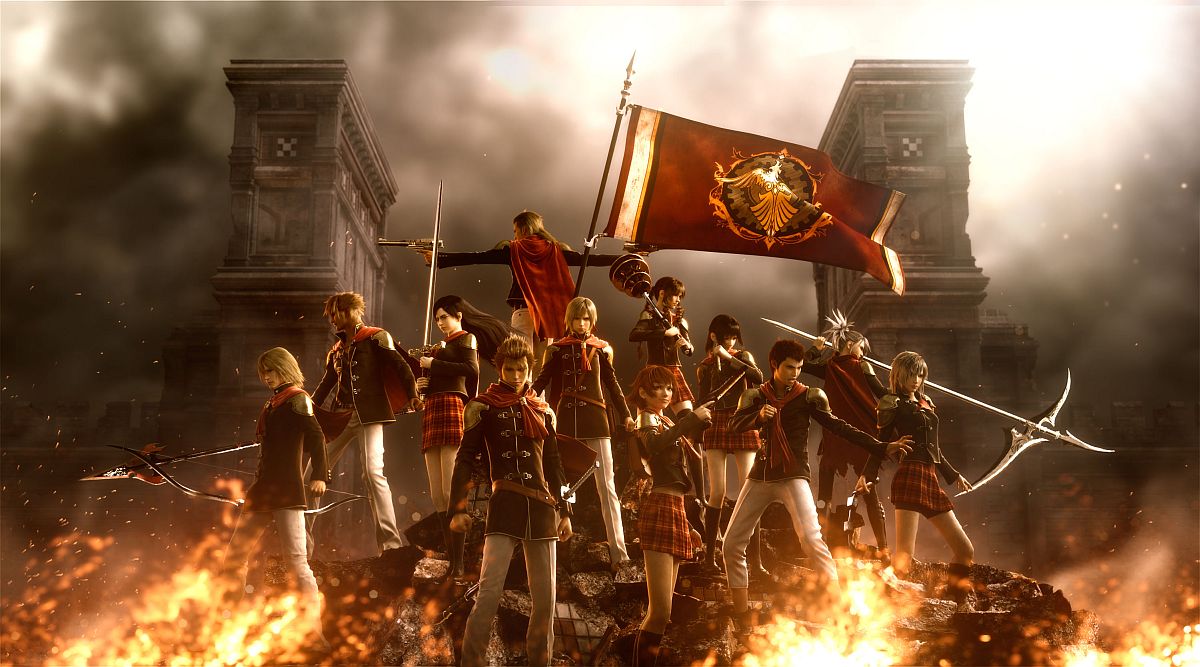 The game itself offers a unique gameplay experience that focuses on many different facets like an MP gauge to track magic, an AG gauge to track special abilities and emphasizes timing in combat. With all of these intricacies it makes sense that playing it becomes an involved, generally fun experience. But where the story is concerned, much of the world’s lore can easily be classified as complicated. As with most Final Fantasy entries that share similar background, it requires at least a little understanding of certain terms and relationships in order to garner a full appreciation. As a title that was only released in the US with a recent port to the PS4, if someone hadn’t played any of the games in the Final Fantasy XIII  saga, much of it would be lost on them.

In the game’s library you have the ability to read up on the world’s context. However, it’s never really pertinent to what happens in the game because the action revolves entirely around cutscenes that sometimes long but serve only to progress the plot. The biggest problem with this game specifically is that, despite the heavy context surrounding this game, it stands up well as its own story. That is, until it reaches its final chapter. For whatever reason, you’re able to coast through most of the game with whatever you’ve gleaned from playing and the more attention you’ve payed, obviously the greater the payoff. But in the last couple of hours of the game, most of what seemed well established becomes blurred. Some characters are left unexplained in motive and origin and it’s never certain how two characters escape the predicament they find themselves trapped in. Call it a type of storytelling negligence but some say it’s because it requires a subsequent playthrough to access content previously unavailable. However you look at it, it seems fair to state that games with rich lore should focus more in integrating the world that it has built into the narrative without allowing it to fade into the background merely by choice.

How do you feel about this?

Also, did you know that the total playtime of the cutscenese in Final Fantasy Type-0 is over 5 hours?